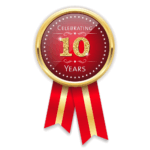 I’ll try to re-post some old charts and videos, but until then, you can always check-out my YouTube Channel and see those posted below, plus many others.

On (February 13th) we started trading an old mechanical system I thought of with the markets moving the way they were.  It still works!  Results have been nice as shown by these charts: 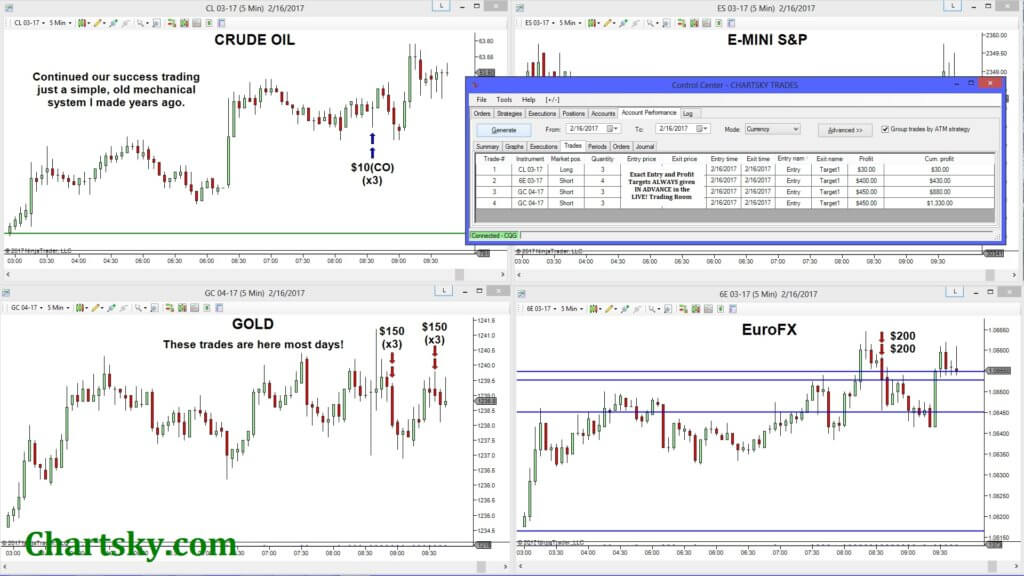 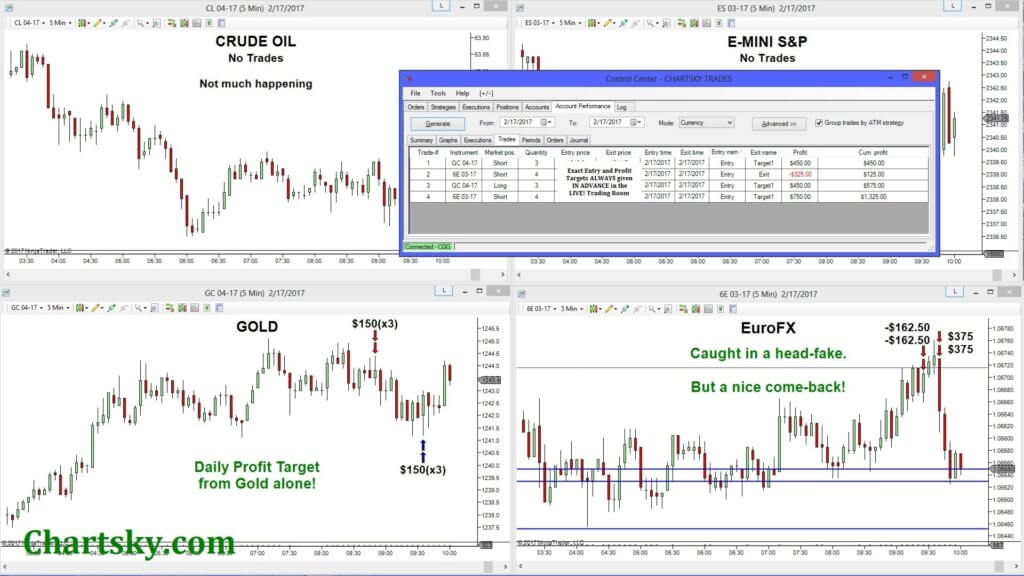 Even on a short day (a Bank Holiday — President’s Day) we did OK: 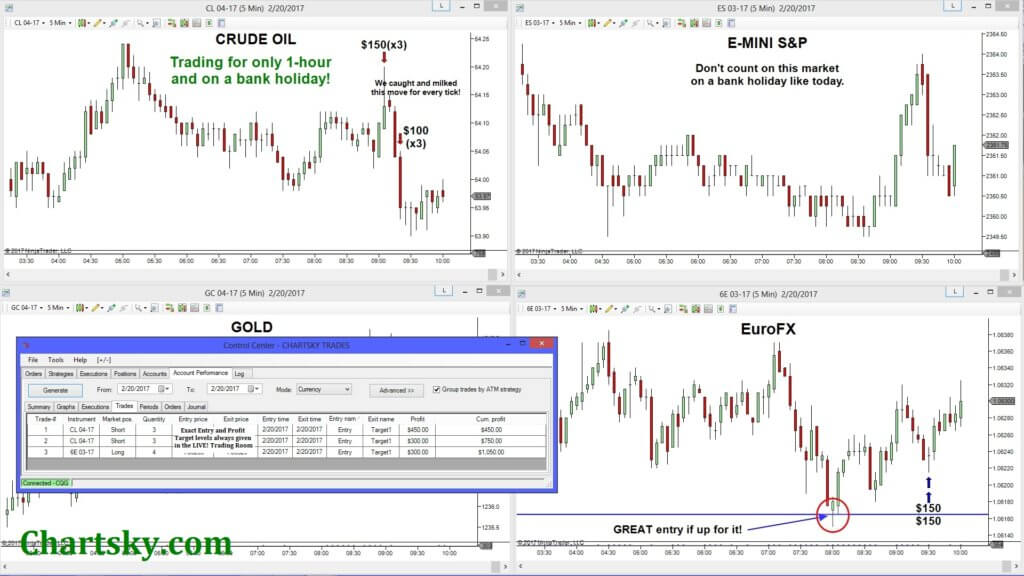 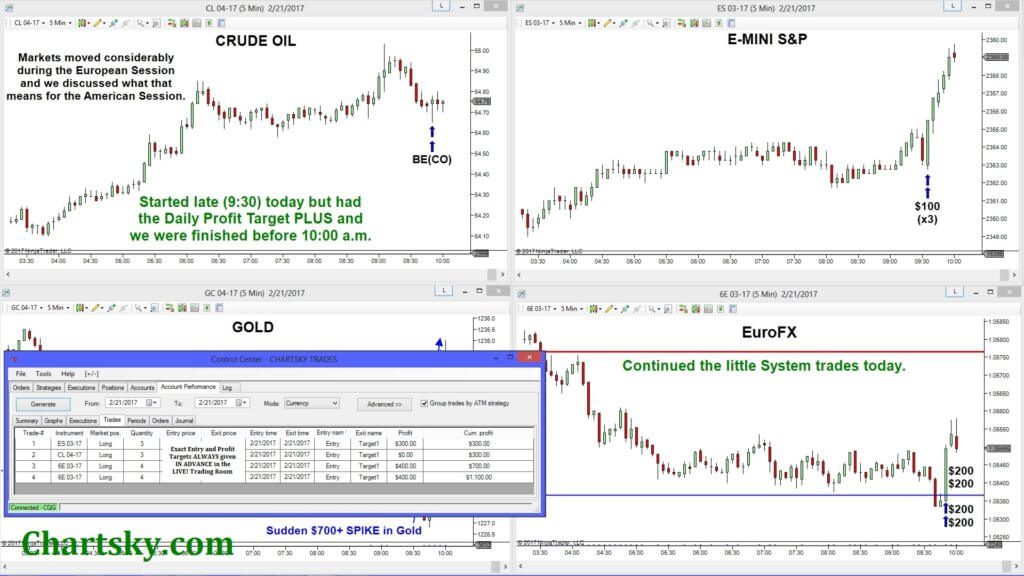 Here are some days from January and February 2017: 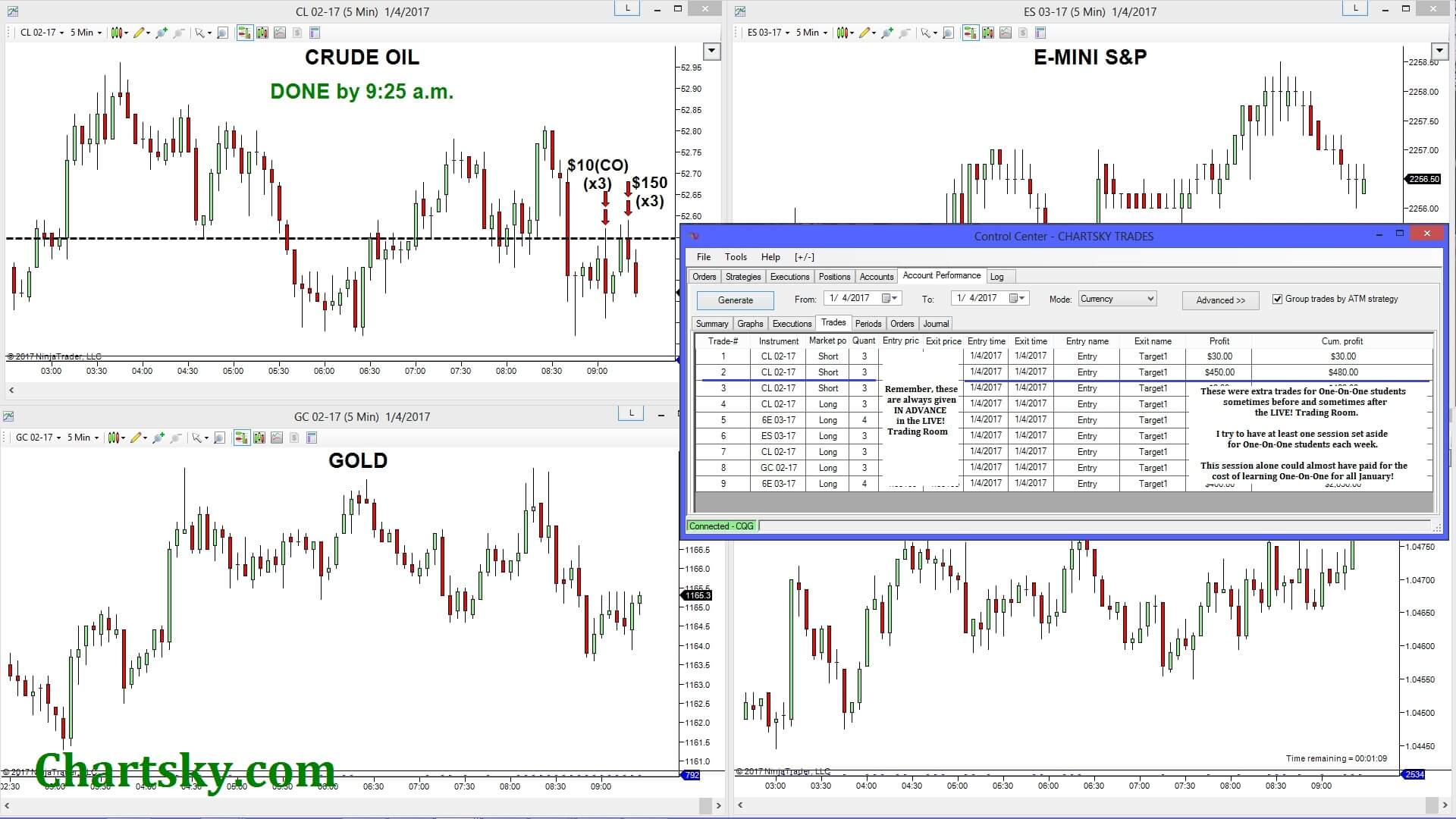 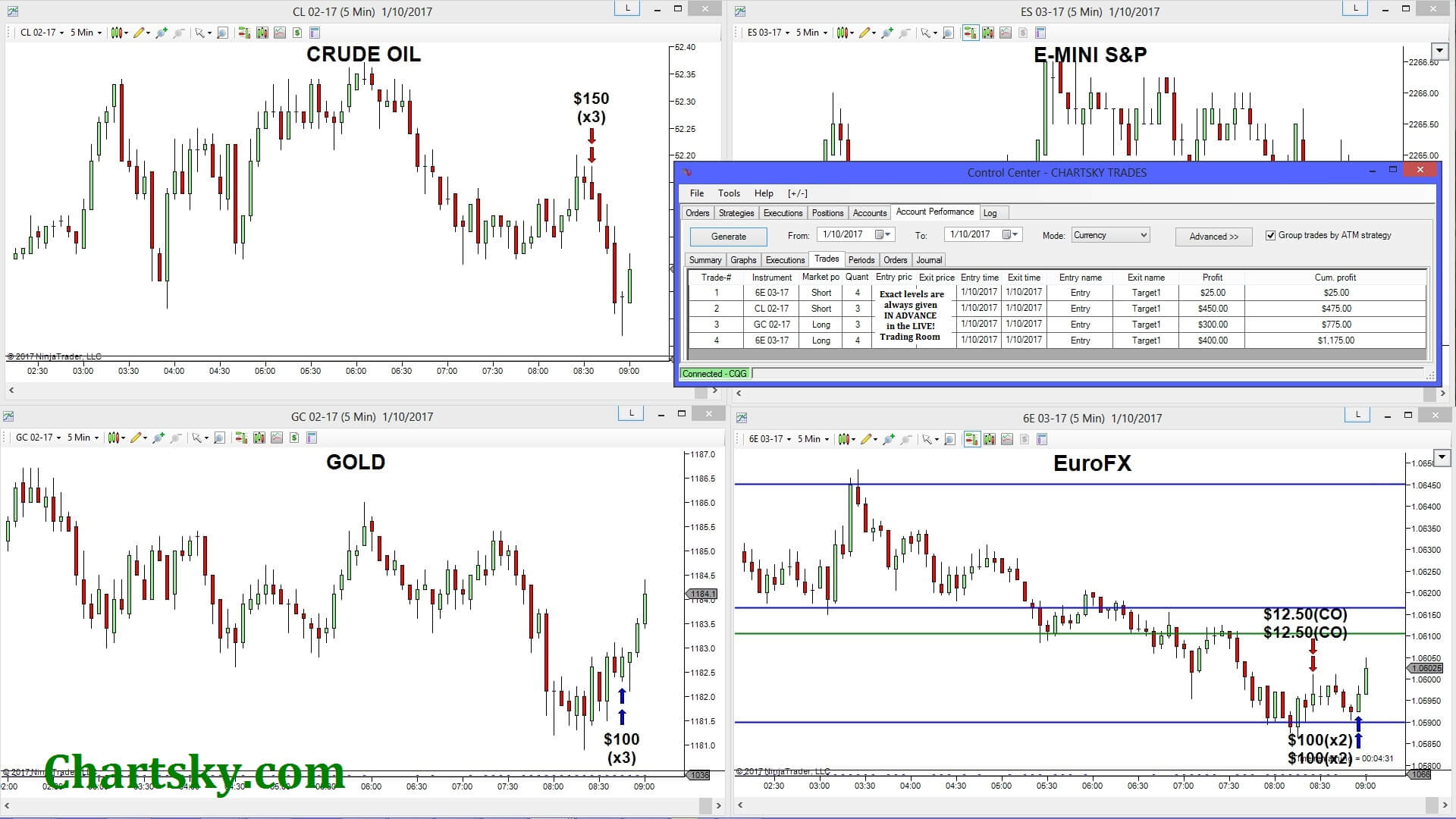 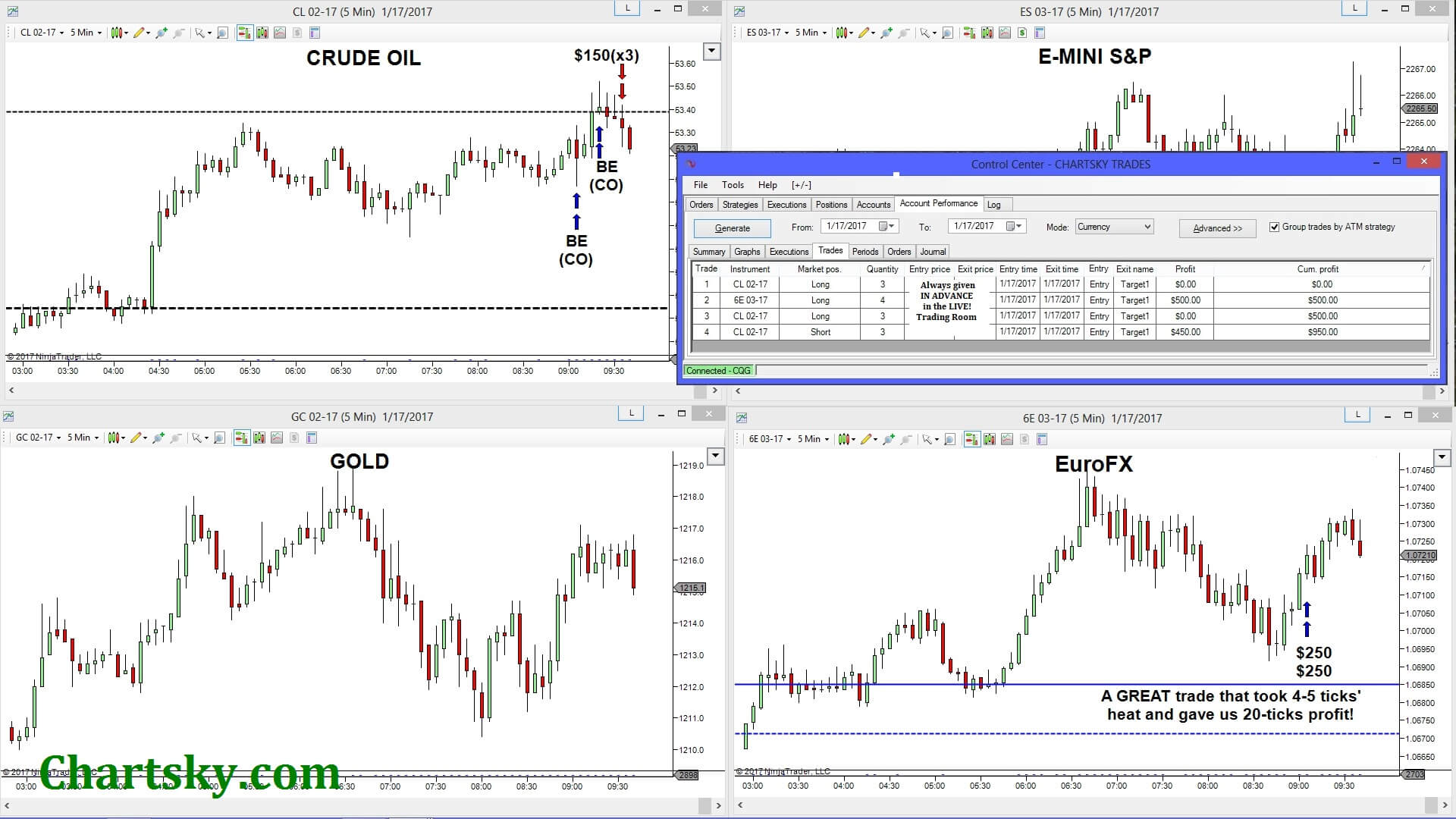 There were some videos from late-March:

Some more I did from late-November and early-December:

We’ve been active in the LIVE! Trading Room all year, every day as scheduled, and I also raise my two small grandchildren — which takes-up most of my free time.  Videos take a more experienced but “electronically challenged” gentleman like myself HOURS to work-through, caption and upload . . . so that always seems to get put off.

Also because I know — and write and write — that we do the same thing(s) day-after-day, week-after-week, month-after-month — so new videos seem repetitive; and I try very hard to be different and don’t want to be posting what amounts to “results” weekly or monthly.

Why not?  Because I’ve seen and spoken to many new and struggling traders and despite their promises and protests, they DO look at past results and then project them into the future — multiplying their accounts — and are spending their imaginary money before they even sign-up for the LIVE! Trading Room!  Instead, they need to focus on developing patience and discipline, building-up their accounts slowly and consistently, seeing and thus believing and finally knowing they can trade professionally . . . and only then start spending.

If you’re a new or struggling trader, I think we can really help you in the LIVE! Trading Room.  Why not consider joining us?