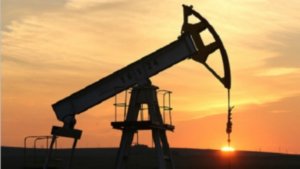 For months now I’ve been telling Members about the steadily increasing rig counts here in the U.S. while Canada has seen both increases and some decreases.  This is very important as it relates to fundamentals of the Crude Oil futures market — one of our favorite and most reliable markets.

Ever since last November, the rig counts here in the United States have been going up . . . up . . . UP!  The trend in Canada — though not as strong — has also been a general increase of producing rigs.

This operates to generally increase supply and, therefore, work to keep prices from exploding because of the latest O.P.E.C. price manipulations in their artificial production cut-backs.

It’s also very good policy as the more energy-independent a country can be, the less necessary it is to intervene half-way across the world in conflicts that country really has no business in becoming entangled — other than oil.

So I’ll “officially” update this space frequently so you can keep track of just how much the rig count is increasing.


And we’ll cover some more specifics . . . such as the reason Canadian rigs have been going down for the last few weeks.  Hint:  It’s mostly due to seasonal adjustments, as far as I understand.

Now there’s no replacement for technical analysis in my opinion.  But if I know the fundamentals favor over-supply and, thus, cheaper oil, it may tilt the chart just a little so moves down are easier to milk for larger profit targets.

This site uses Akismet to reduce spam. Learn how your comment data is processed.